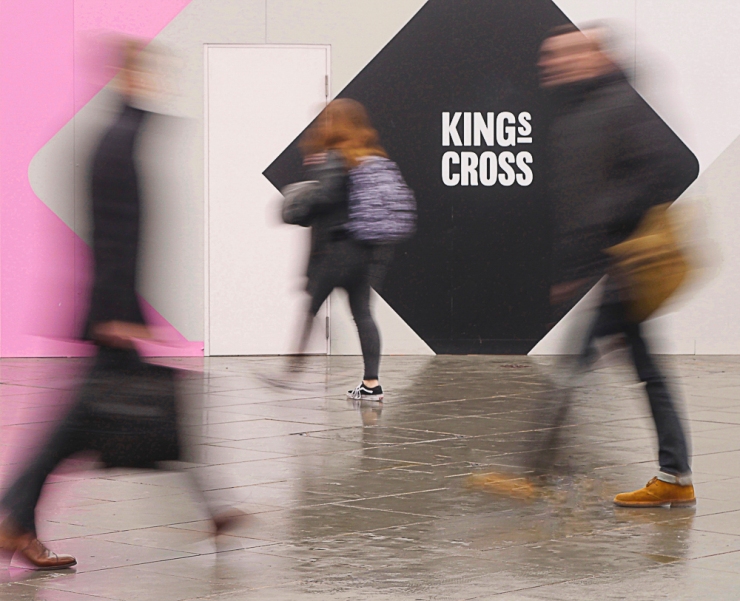 For most, London’s Kings Cross station is a brief stop on the way to somewhere else. Trains and commuters enter and exit as if in a manic 24-hour time lapse film.

Yet across five square miles, the wider Kings Cross district is a rich tapestry of the old industrial revolutions and postmodernist architecture. And, if you have time to wander the side streets, piazzas, gardens, canal towpath, to stop and stare, you’ll discover hidden oases of calm, a soul, even.

As a street photographer, I’ve documented the area for many years (selected images  appear here).

So, I was intrigued to hear that composer and jazz pianist Jill Jarman also intuits this soul. The result is Echoes from The Bird Cage. A six-part impression of Kings Cross that aims to capture – as Jill writes in her programme notes – energy, colour, light and sound, dancing up and around a vertical landscape, relentless movement, combined with quiet and beautiful spaces.

To add to my delight, Echoes is a collaboration with a long-time heroine of mine, the percussionist Evelyn Glennie. Over three decades, I’ve followed Evelyn’s journey from  orchestras, drums and xylophone to the wilder shores of free improv – beating, brushing, scraping sounds from household or junkyard objects.

And better still, Echoes got its world premiere at the Platform Theatre, ten minutes’ walk from the back of the station. 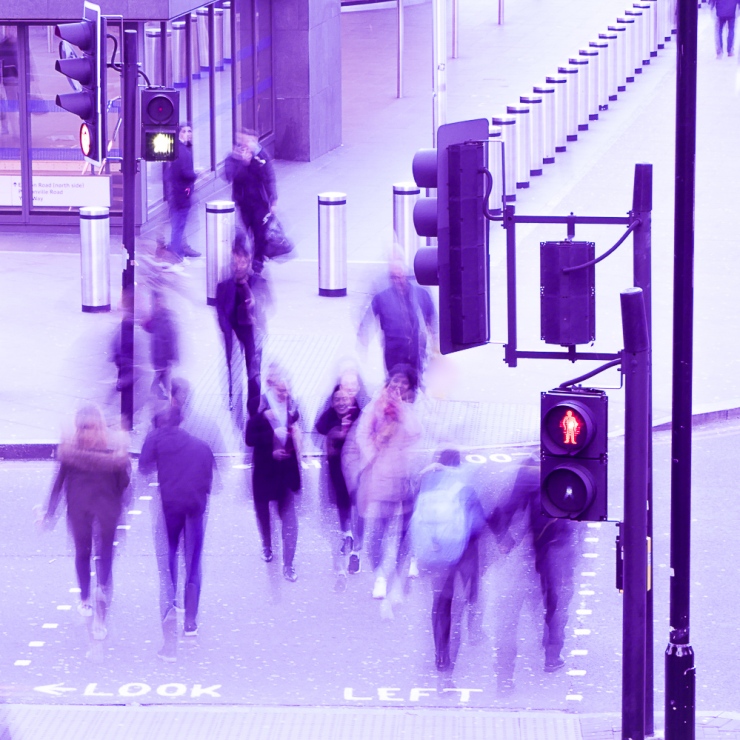 As the spotlight falls on the stage, the eye is drawn to Evelyn’s landscape of percussive instruments and found objects. After a lingering silence, Evelyn appears, slowly walking around the instruments, ear cocked to each one. As if in the act of listening to the Kings Cross streets and their ambient sounds. For Evelyn, active listening has always been a crucial element of her composition and improvisation process.

As if on schedule, the tick-tocking rhythms of In Motion steadily up the ante before erupting into a commuter rush of hyperactive drums, horns and strings.

One is struck by how familiar instruments are making unfamiliar sounds. Outside The Box is an almost gamelan-like percussive workout; Evelyn picks out a bass clarinet and (without blowing into the mouthpiece) taps the keys with her palms to create bracing non-standard rhythms. These are echoed by Jill who nips over to the back of her grand piano to strum and then tap the strings – John Cage-style – with mallets. Brian drops his bow to ambidextrously explore the Cello strings, while Paul Booth on clarinet and Ian East on tenor sax likewise contribute to the polyrhythmic speed rush.

Walk the Kings Cross side streets, the crowds soon disappear and the roar fades to an ambient hum that intermingles machine, man, nature. Likewise, Echoes From The Bird Cage starts as an abstracted tone poem of sounds bouncing to and fro off buildings at different times of day. Gradually the intensity climbs as the individual contributions of the ensemble players overlay each other into mesmeric patterns, until we slow fade back into silence.

The world music-infused Global Chant is a 360-degree experience; marbles rattled in steel pans, a clarinet and flute play from within the audience, eastern sounds and modes drift around our heads like exotic perfume. The ensemble breaks out into chants and handclaps.  Kings Cross has been enriched by waves of immigration from Europe, Africa and Asia. The mood is joyous and celebratory.

For all the visual associations I’ve cited here, Echoes From The Bird Cage isn’t simply picture music. It sets out the physical and emotional terrain of Kings Cross while allowing space for listeners to insert their imaginations into the weft and weave of the music.

During the post-show Q&A, Evelyn clarified that Echoes is a work-in-progress. It will evolve over future performances until, hopefully, getting a wider CD release. This makes sense due to the evolutionary dynamic at the heart of Jill’s and Evelyn’s collaboration. Evelyn respectfully working within the composer’s tightly structured score, Jill allowing space for Evelyn’s wild card improvisations.

This aligns perfectly with the ever-changing topography of Kings Cross – a pragmatic trade-off between the infrastructural visions of city and transport planners on one side and quixotic movements of commuters, workers and residents on the other.

In 2018, new questions arise: Kings Cross seems set for another new phase; aspiring to be London’s new creative quarter. Kaleidoscopic, dynamic, emotive. Echoes From The Bird Cage is a bold and beautiful anthem for that future.

All text and images by Stephen Iliffe. Except, concert photo © Martin Collins.